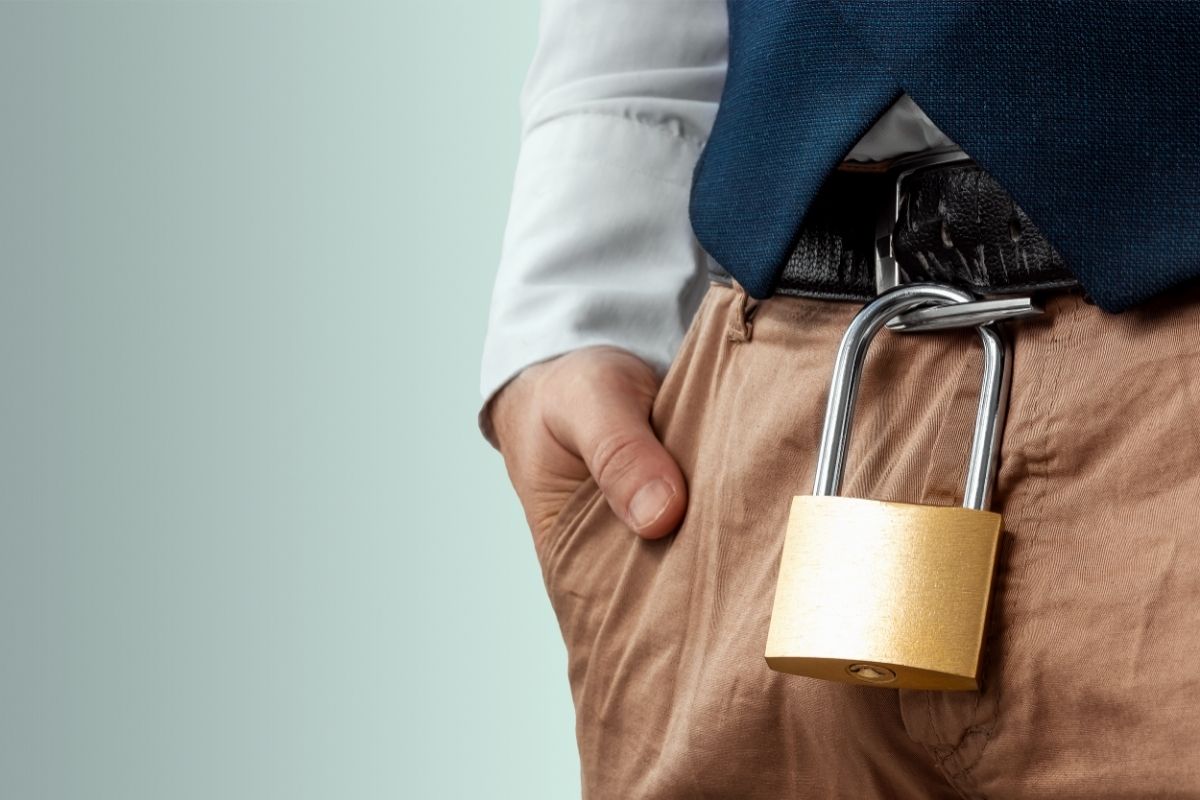 What Is A Chastity Cage (And How It Works)

Whether you’ve finally bitten the bullet and decided to explore the world of male chastity, or you just want to know more about the practice – you’ve come to the right place.

In this article, we’ll explore the different reasons for using chastity cages, how they work and why people choose to use them.

In addition, we’ll take a deep dive into the many types of chastity cages, as well as their advantages and disadvantages to help you pick the perfect chastity cage for you and your partner.

What Is A Chastity Cage?

A chastity cage is a contraption that locks a man’s penis so that he can no longer have authority over his orgasm, erection, and sometimes pleasure.

Keyholders or keepers are those who have the key to the device.

Using a penile cage is a straightforward process. The penis and testicles are softly encased and secured in a cylindrical casing.

Because the key is normally maintained by the other individual, the man wearing it is barred from opening the cage.

Some types include a feature that permits the door to be opened in an emergency. This device is built so that the cage cannot be opened after the urgent release.

When all difficulties have been resolved, the keyholder can simply lock the cage again.

Chastity cages are often intended to be worn for extended periods of time. This page will discuss the various varieties of penis cages, as well as the specifics for each type.

Generally, attention is required while in use to ensure that the delicate skin around these body parts is not harmed and that the user experiences a cage as pleasure in its best form.

Whether it’s nets, grids, or rings, you’ll find the most inventive metal variations. Just pick out the ones that are most appealing to you and your lover.

The “Gates of Hell” is a common style of metal chastity cages. This is a penis cage style that consists of generally 7 rings linked together by a flexible belt, usually composed of leather.

The biggest diameter ring is affixed as a retention ring behind the testicles and around the penile shaft.

Every consecutive ring is slightly smaller in diameter than the preceding one, such that even when not erected, the penis is completely covered by the last ring.

Even while using, these cages can generally be thoroughly cleaned.

They are unobtrusive and difficult to detect at security checkpoints. Nevertheless, owing to their significantly decreased sturdiness, they are more likely to break and damage the user.

Furthermore, dilators and catheters are more difficult to connect or cannot be fastened to the fragile plastic very well.

Despite this, many people swear by this sort of cage. They are simple to put on and because they are translucent, it is simple to detect if you are using them properly.

Another benefit is that the cage can be detached with a handy tool in a crisis.

If the scrotum has been squeezed, bent, or the latch has become caught, you will not require the services of a locksmith just to free your penis from the cage.

The fasteners can be cut with ordinary pliers or even a sturdy pair of scissors while the device is still in use. It’s a different story when it comes to telling your partner.

Silicone is the most commonly used flexible material for cages. These devices are incredibly comfortable to wear and are reasonably inexpensive.

Because of their ability to alter in shape, they are frequently utilized to allow male users to be worn beneath conventional clothing. They may also be washed without removing them thanks to the easy-care materials.

The downside is that the material’s flexibility prevents total compulsion. Since the material cannot completely prevent arousal, the user may be able to climax despite the cage.

Nonetheless, such a chastity belt is encouraged, especially for newbies.

Some chastity cages allow for the insertion of an expander or catheter into the urethral opening. A catheter permits the fluid to flow and the semen to escape.

A dilator, on the other hand, greatly raises the player’s stress. Some cages even include a hard thorn that is inserted when the cage is fastened.

This additional stimulation can virtually drive a man insane, as every motion and arousal becomes twice as strong.

Some versions are built in such a way that a dilator can be inserted retrospectively, causing the man’s libido to be aroused against his will.

As the enlargement develops, so does the discomfort in the penis, which is frequently exacerbated by inner spikes.

When the agony gets unbearable, pleasure can sometimes vanish totally in typical cages. Not so when employing a dilator, which is likewise, to some extent, against a man’s inclination.

Put simply, a chastity gadget is used to prevent climax from occurring. This shaft confinement comes in a variety of sizes and materials, but it essentially means locking your fleshy flute in a prison.

When you agree to this unusual little sport, you empower your dominating spouse to restrict your erection anytime he or she wishes.

In that respect, it may appear to be chastity punishment, and it is characterized as such, although this is dependent on the user’s tastes. The vast majority of users claim to have had intense pleasure.

This might be a one-time game, but many satisfied players stayed for a week or even a matter of months.

Many customers are concerned about being unable to awaken their erection once they remove the device.

There are almost zero medical specialists who can state with confidence whether or not this gadget will have a detrimental effect, but some do advise that as long as you select a perfect fit and do not use it for an extended period of time, you should not be concerned and can open yourself up to it if you please.

How Can I Make A Chastity Cage More Comfortable?

Whenever you see a photograph of a male chastity cage, even the thought of placing your precious manhood inside it may make you nervous, particularly if you are new to the game and still finding your way.

Professionals and regular users, on the other hand, claim that it only appears to be that way, but the truth is completely different.

However, in order to avoid unpleasant chastity, you must conduct thorough research before engaging in it. Because no two penises are the same size and form, you must choose a gadget that is suitable for you.

Wearing a lock for 24 hours should not create any issues, but if it does, you are undergoing tight chastity and really should have it replaced with a new, better-fitting one immediately.

Cock cages, also known as chastity cages, are the most popular and practical chastity device for those with penises.

Whether you choose a chastity cage made from metal, plastic silicone, or with the addition of a catheter, it’s likely to be an experience you’ll never forget. Start slow, take your time, and most importantly – have fun! 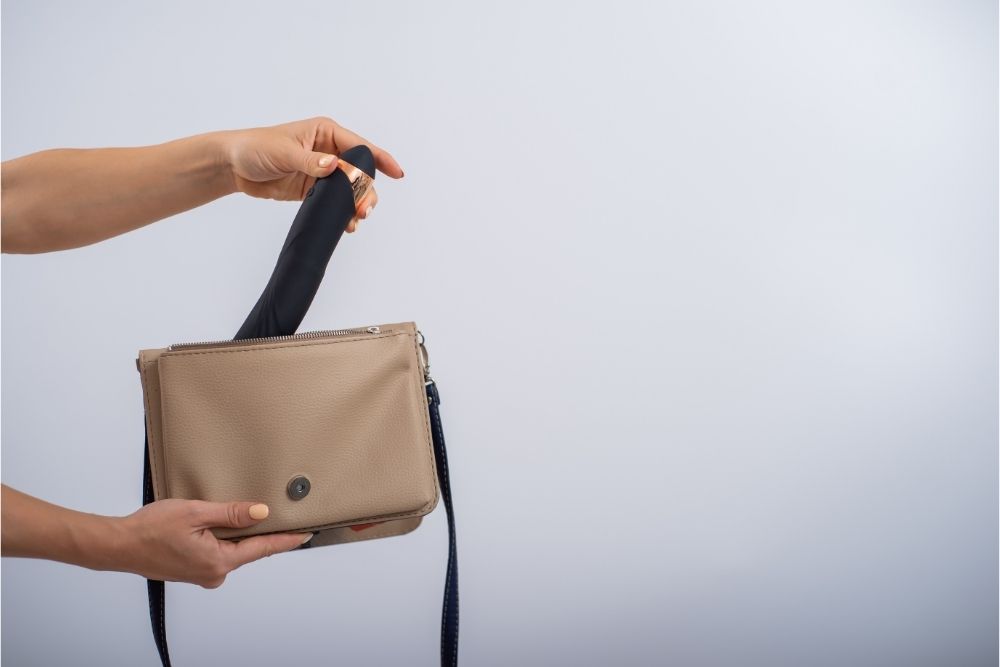 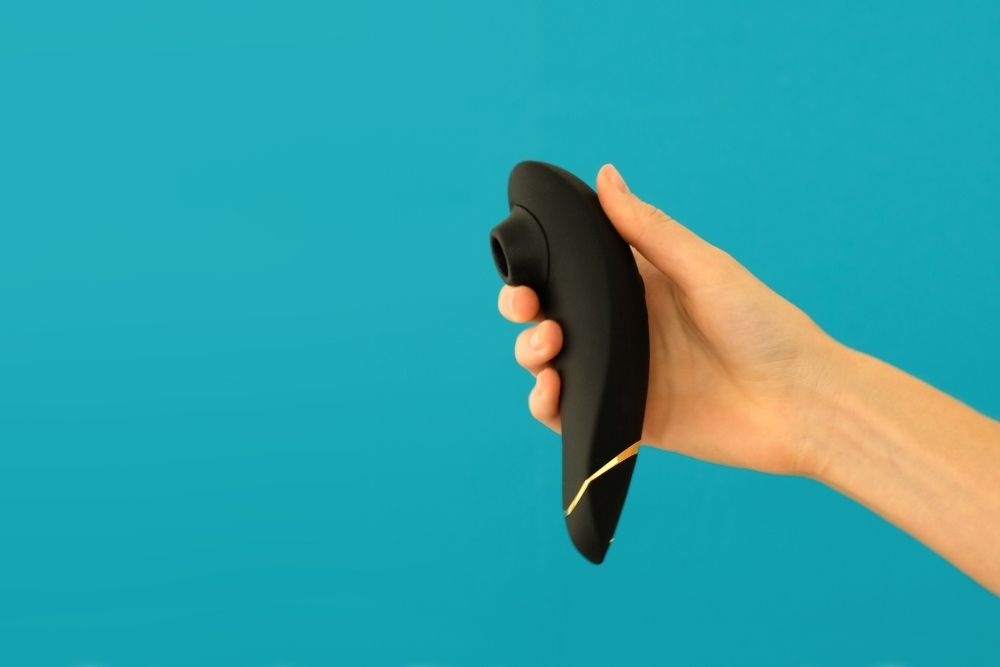 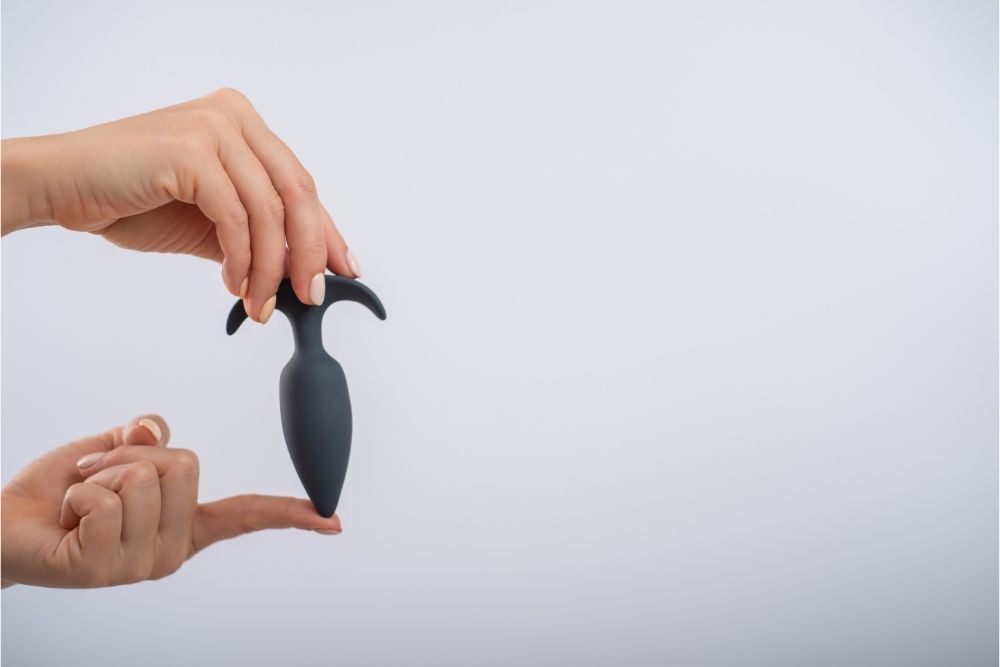